Her Lessons In Love: Part 8

Kinsley got a job and although she was being under paid she still did her job, she was communicating with a guy from in the army named Brandon who loved her soo much, Kinsley realized they were so much a like but because he was in the army Kinsley thought twice and didn’t know how to tell him to just keep things on a friendly basis, while working on the plaza, there was a guy by the name of Reyond who watched her everyday as she passed and liked her so much but Kinsley was unaware of all that was going on. Reyond’s cousin then came to her one day telling her that his cousin liked her and she asked who could that be, but Kinsley already knew who it was because she always caught him starring at her. He was so shy to come and meet Kinsley that he went and locked himself in the bathroom!!! lol, Kinsley also worked on the same plaza as her mom Kettra and so when her mom came to her office it was time to go home. 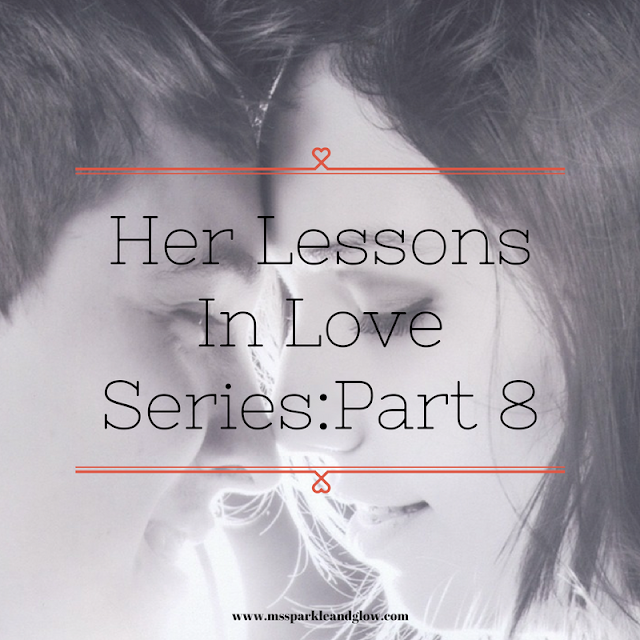 The next morning Kinsley was at her office and saw Reyond walking on the corridor coming to meet her, he looked so nervous and when he came inside he introduced himself and his cousin was also there, Kinsley and Reyond exchanged numbers and they started communicating as friends, she also told him about Brandon although she never met him and was just communicating with him. He said OK he won’t push any arguments to me and i said that’s fine. Kinsley and Brandon slowly stopped communicating and Kinsley ended up blocking him because she didn’t know what else to say or lead him on plus he was already in love with her and wanted to meet her and wanted her to fly to where he is and all that and Kinsleys mom didn’t like the idea either, Kinsley  was a little saddened by it because she thought he was such a nice person. One Saturday when Reyond wasn’t at work and went on a trip he texted Kinsley and was giving her details of how his trip went he had also wanted Kinsley to go but he had asked her too late and she couldn’t get the time off to go and also Kinsley was a little happy for that because they were just getting to know each other and she didn’t know anyone on the trip either so she would be a little uncomfortable.

When he was on his way back from his trip Reyond called Kinsley sweetheart, she looked at the phone many time really wondering if he had just said so she couldn’t even pay for what she went on the road to buy because of how shocked she just and she replied and said ok.

After that day they got closer and closer until he started showing his true colors and Kinsley realized that he was so much like her dad and she had promised herself that she would do her best to not date someone like her dad because she wanted to have a happy life as best as possible and she didn’t want to go through what her mom went through, He was also a christian and that’s what had pulled her to him in the first place. It was always an excuse with him not to come and visit her and her mom even when they offered to help, he was so close to her yet she felt that it was so far, by this time Kinsley had resigned from her job because of being underpaid and she was also doing more than one persons job and she thought is was unfair. Everything was an excuse with Reyond and so it was their 1 year mark and he did nothing for Kinsley and she looked at it as a sign to say that the friendship wasn’t going anywhere so after about  1 year and 3 months Kinsley decided to end things with Reyond because he reminded her of her dad too much and its always an excuse with him.

Kinsley decided she was finished with friendships and focus on herself and her life and so she did, during  this time Kinsley’s aunt came to visit and she was on the road with her everyday.

Now lets go back a little in time to when Kinsley was working!! There was a guy by the name of Jordan who always kept coming to Kinlsey asking her to write up his recipts for him she knew him from she was a little girl but had never exchanged words with him, she always admired him on his bike lol, so one day the nurse said to Jordan you always ask Kinsley to write up your receipts is it that you like her and he laughed and he eventually came out and said yes, but Kinsley told him she was already talking to Reyond and she wasn’t the type of girl to talk to more than one guy and he understood and so he would once in a while see if she was ok by text or even when he was passing by her office.

While Kinsley was on the road with her aunt one day, guess who she saww!! Jordan, he rolled down his windows and said stranger long time don’t see I thought you left!! Kinsley laughed and he asked if she was ok and she in return asked and hmmmm!!

Stay tuned to next week to hear what happened next!!! Don’t miss out next weeks post and also if you are reading for the first time here are all the links to the previous parts, PART 1 PART 2 PART 3 PART 4 PART 5 PART 6 PART 7 so if you are not up to date, you can catch up right here!!!

10 Rules For A Healthy Relationship

How to deal with heartbreak