Her Lessons In Love: Part 7

Kinsley found out that when she had asked Raelin if she had seen Randall and she said no, it was a lie!! Orlando told Kinsley that he had seen Raelin sitting down with Randall and the girl so all along she knew where he was and she lied about not knowing where he is and also that she didn’t know about the girl. And also before that Randall had told Kinsley that Raelin tried to get close to him while they were not talking at one point and how she played love songs for him on the phone to the point where conversations got intimate and when Kinsley had asked her she said it was a lie, so what Kinsley did was call and conference the cal and told them both to tell the truth!! and Raelin started to cry so that’s when Kinsley knew it was true she was so hurt and distraught that her own bestfriend would do that to her!! But anyway that’s in the past right!! 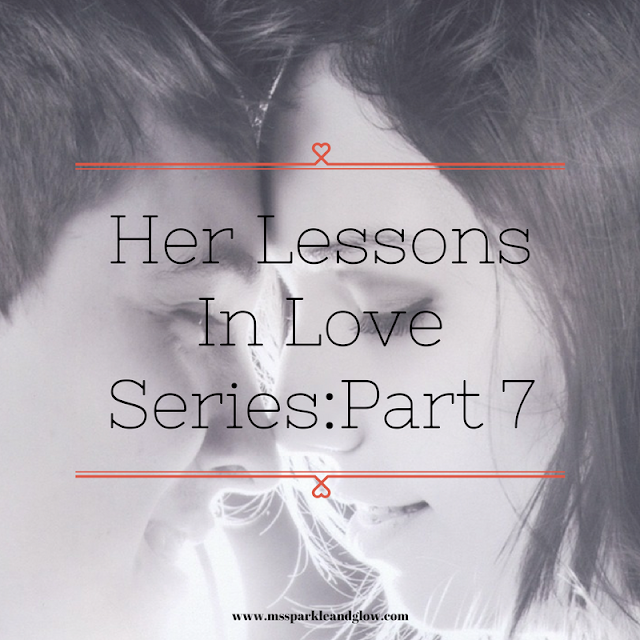 Kinsley and Orlando’s one week ran by so quickly that they didn’t even notice that it turned into a year so quickly that it reached their one year anniversary!! They were so in love they went through their struggles and hard times but they were both so in love with each other and made each other better persons and pushed each other to do better and also Orlando’s family loves Kinsley so much it’s like she was apart of the family before it was even official. Orlando was always there for Kinsley and Kinsley in return was always there for Orlando. Things took a turn when Kinsley got sick and had to stop University, Orlando started acting differently to the point where he started accusing her wrong fully and Kinsley got to thinking that it maybe him who is guilty, one night Orlando started accusing Kinsley of cheating which was not true and they had a big arguement and they both started crying and  he said he wanted to go and live some life and then he will come back and marry her and kinsley told him if you leave you leave permanently, and she also said to him you want me to take you back and clean you back up after you go and live life and she said not happening!! and things ended and at the same time Kinsley was still recovering from being ill. This happened two days before their 4 year anniversary. On their anniversary Orlando came to her house right as Kinsley and Kettra got off the road because Kinsley had taken her mom out to dinner that evening. Kettra allowed him to come upstairs and Kinsley just got angry telling him to leave!! he took her an anniversary gift and she took it and gave it back to him.

Kinsley kept telling him to leave that he had hurt her enough she didn’t want to see him and his reply was, he’s is ready to come back and Kinsley said come back where!! Kinsley said to him, I will always love you but I will never take you back so i’m asking you to leave my house now! Instead he tried to kiss Kinsley and kinsley kept pushing him off, she had a scissors ear her which she would never use because she is not violent but she held it against him and told him to get off her and go home because he made his bed and accused her of things she didn’t do as an excuse for what he was going on  with, when he realized he was only making her more angry he decided to leave he went and told Kettra bye and left.

That night he tried to talk to Kinsley but kinsley wasn’t having it!! and so she blocked him from every social media and disconnected him from their joint email accounts. Kinsley was so distraught and sad for a very long time until she decided to not feel sorry for herself and she discovered dating sites and made a profile just for the fun of it where she got to know people, she talked to many people even started learning new languages, she spoke to one specific guy for one year who lived in Germany and then they just kept communication a friends she even went back on different sites and met people jut to see how men are and learnt from them.

Stay tuned to next week to hear what happened next!!! Don’t miss out next weeks post and also if you are reading for the first time here are all the links to the previous parts, PART 1 PART 2 PART 3 PART 4 PART 5 PART 6 so if you are not up to date, you can catch up right here!!!

Will She Ever Find Love | MsSparkleAndGlow

How to Make a Long Distance Relationship Work